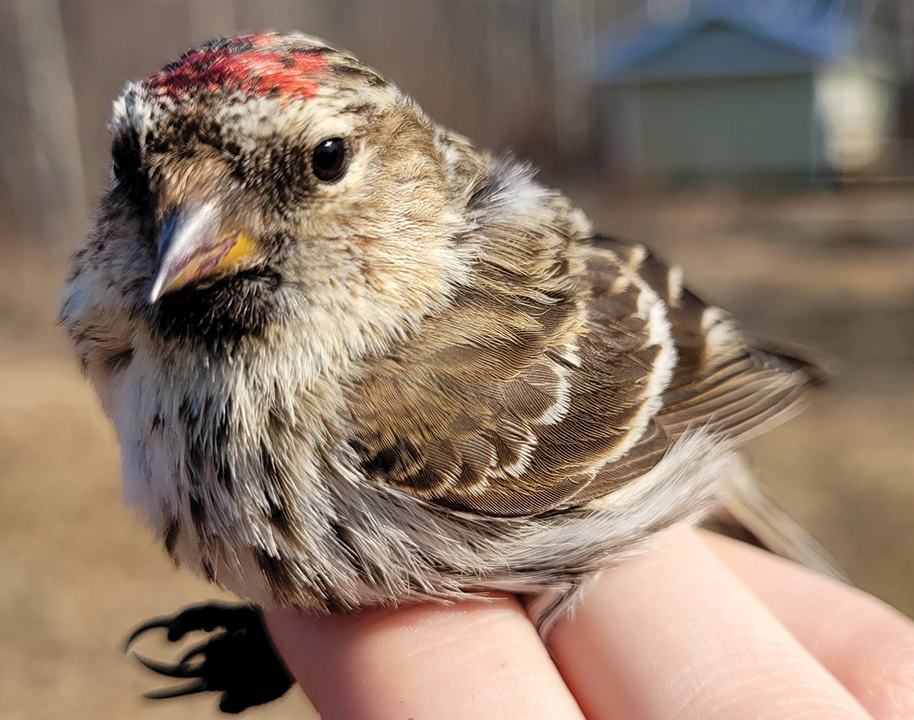 Robyn Perkins
For the Lakeside Leader

The Lesser Slave Lake Bird Observatory began its 29th year of monitoring on April 18, 2022, when we started documenting spring migration.

As many will have noticed, the beautiful, warm weather which melted much of the snow at the start of April did not last and it has been rather cold with rainy and snowy periods often stifling bird migration. One snowy mid-April day even saw over 1,600 slate-coloured juncos moving back south to find a better spot to ride out the poor weather.

Since we cannot open the nets in such weather because we do not want the birds we capture to become wet or cold, the nets have been opened infrequently.

By May 4, we had only banded 161 birds from 13 species. Among them was one bird which caused some excitement – our fifth ever common redpoll. Although we may count thousands of redpolls per spring as they move to their Arctic breeding grounds, they tend to migrate through when it is too cold to open the nets or over the treetops where there is no chance they will be caught in a net.

After generating all this observation and capture data for 29 years, it might be interesting to understand what we do with our data. Although it is used for many additional studies, the program we just started, migration monitoring, is primarily used to track population trends.

In other words, we document if we are seeing more birds, fewer, or roughly the same as previous years for each species that moves through the site. This information is critical to proactive conservation efforts, especially for bird species that breed in Northern Canada.

In those more remote locations, there is low human population densities, which means there are fewer people to keep track of northern nesting species on their breeding grounds. Instead of collecting data directly on the breeding grounds, we can collect data on these migratory bird species here in Slave Lake as they move through our site.

In fact, there is a nation-wide network of stations just like ours that combine monitoring data to better track bird populations called the Canadian Migration Monitoring Network (CMMN).

The CMMN just celebrated 20 years of this unique collaboration between approximately 30 Canadian bird observatories, Birds Canada, and Environment and Climate Change Canada. In all their years of collaboration, member stations have banded over 2.5 million birds and their data has been used in over 150 publications.

Do you want to tour the station to learn more, have a delicious pancake breakfast, go on a bird walk, or bring your family for crafts and activities? Be sure to follow us on Facebook for the latest updates on our 25th annual Songbird Festival, which will be on May 28 from 6:30 p.m. to 1:30 p.m.

Submitted While fun, exploding targets and fireworks can cause unintentional wildfires, as they create hot debris when detonated. This debris…

Leader staff Since 1983, Slave Lake has hosted a Terry Fox Run (with a break for COVID), but unless someone…