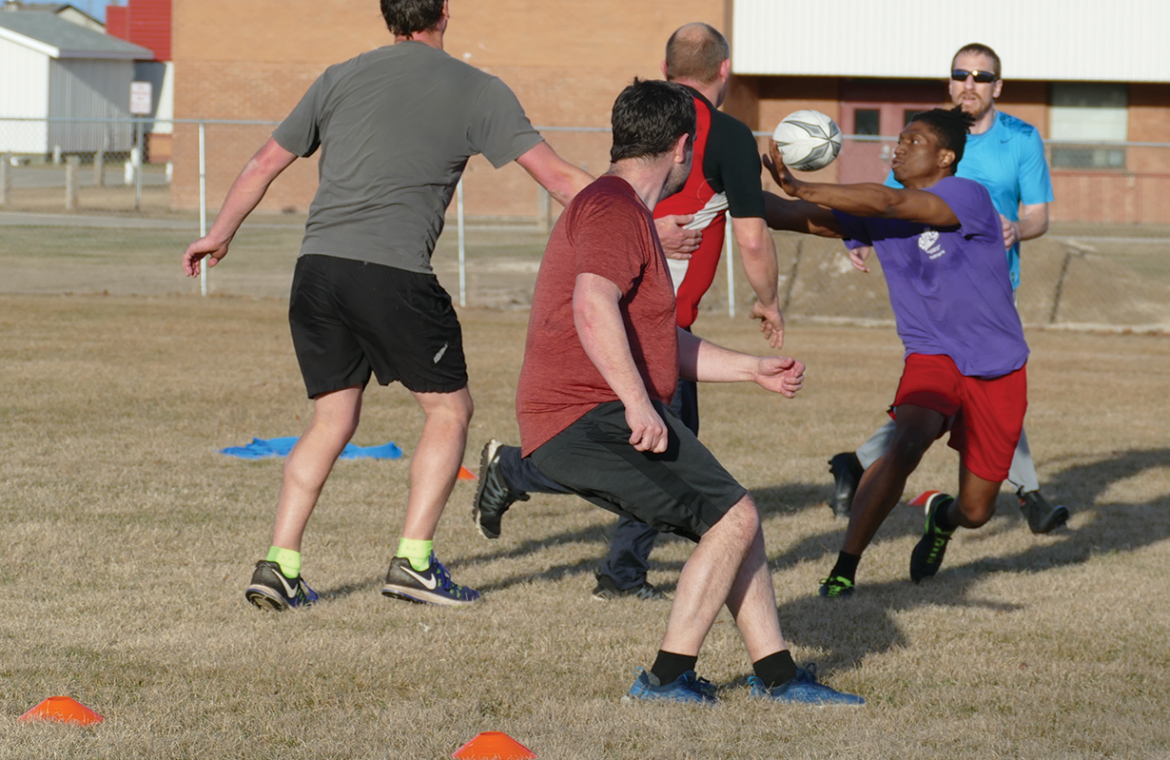 The winter of 2019-2020 some Slave Lakers started talking about the possibility of bringing rugby to town.

However, on May 2, 2022, they hit the field at Roland Michener Secondary School. The next practice was on May 4.

“I grew up in South Africa, but didn’t grow up playing rugby,” says Tissink.

However, he joined a club in England. He was hooked.

The group doesn’t have an official status yet. Tissink describes it as ‘social rugby’ as opposed to competitive rugby as an official club.

A club could compete against the around 14 rugby clubs in Alberta. These include teams in Edmonton, Grande Prairie, Fort McMurray, and Cold Lake.

For now, however, the goal is to “play and show people how to play, so people can get over the psychological fear of rugby,” says Tissink. “The risk of being injured in social rugby is not very great.”

That being said, rugby is a contact sport without padding.

However, according to Tissink, Canada has made every rugby world cup except this year. It’s especially popular in BC.

In Canada, rugby is played from May to September.

“In most other countries it’s a winter sport,” says Tissink.

The future of rugby in Slave Lake is unclear, but some ideas Tissink has floating around are a competitive adult club, youth rugby, and the possibility of a proper rugby field with a club house.

For now, rugby is ages 16 and older, with 16 and 17-year-olds needing permission from parents or guardians. It is open to both women and men. People can sign up by joining the Slave Lake Rugby Group on Facebook.

Don't Miss it Playing at school, carnival at CJS
Up Next Oilers’ alumni in town May 27/28, for clinic and game

Joe McWilliamsLakeside Leader Slave Lake’s U13 Heat baseball team is getting better with every weekend of play, says their coach.…