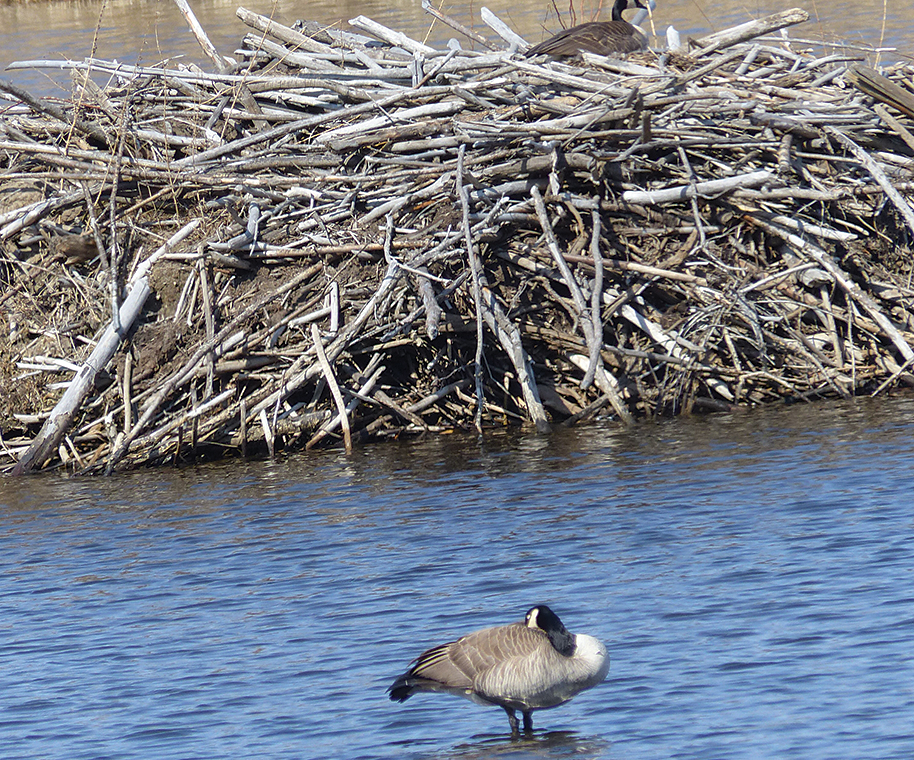 Well, well. A lot of the talk in Smith and Hondo these days seems to be about a ‘cult’ that has been buying up properties at a terrific rate around the place. This includes the former Mosquito Lake Resort, which is apparently being turned into a sort of ‘spiritual retreat.’

We’re told by a usually reliable source it is the John de Ruiter organization that is behind it all. This is otherwise known as the College of Integrated Philosophy (CIP), which owns and operates a meeting hall in West Edmonton called the Oasis Centre.

This sort of thing can be disruptive for a small community, as new, unexpected and completely different from what’s generally considered ‘normal’ things usually are. This includes Hutterite colonies and other unconventional types of farming and living.

On the other hand, it can boost business at local stores and restaurants. No doubt it already has. If people behave like good neighbours and follow the rules regarding development and so on, there shouldn’t be too many problems.

It could even make life a bit more interesting in the neighbourhood.

Beth McDonald was telling us the other day participation in activities at the Slave Lake Legion lately has been very good. Darts and crib nights (Fridays) and so on. New memberships are up and old members are starting to reappear, she says. Last Friday of the month steak suppers are back in full swing. The one in March was very well-attended, McDonald says, and she expected the one this past Friday (we spoke earlier that week) to see a good turn-out as well.

Things have been going along so well, the board is discussing the idea of staying open through the summer months.

Traditionally the Legion has been closed from about mid-June through September, but McDonald says “we’ve been closed so much,” (due to COVID) that there’s a push to keep the doors open and activities happening through the warm months in 2022.

It’s breaking up! Patches of ice on the big lake are looking pretty watery these days. Some of the smaller ponds are already ice-free, such as the one on Southshore Drive in Wagner, near Nine Mile Point. Here’s a photo from there just the other day, with a couple of resident geese. It looks as if one of them is thinking the big beaver lodge would make a good nesting spot.

Here are some of the highlights of the Slave Lake and area summer calendar.

June 17 to 19 is North Country Fair by Driftpile.

Often in August, Driftpile Cree Nation has a powwow.

A tiny addition to the Vernon Wayne Laboucan sentence reported last week. Laboucan was ordered to submit DNA to the police database. This is in addition to the five years in jail and a lifetime firearms prohibition already reported. He was convicted in May 2022 for manslaughter in the death of Christopher Valiquette in Slave Lake on May 17, 2020.

The Town of Slave Lake has a shuttle bus for seniors and people in wheelchairs. As of May 1, the rates increased because of the high cost of fuel. These are now $10 per ride in Slave Lake and $20 from Smith to Slave Lake. For information on the shuttle bus call 780-805-2431.

May 12 (and possibly 13th) there are Familiarization Tours put on by the Slave Lake Region Tourism Society to help people working in the area know what is available. It is open to people working at hotels, restaurants, and workers likely to interact with tourists and other people looking for things to do in the area.

Congratulations to Denise Rathbone, of Wabasca, for being one of the 2022 Esquao Award Recipients. It celebrates the achievements and contributions of First Nations, Métis, and Inuit women. The award ceremony will be on May 13 at River Cree Resort in Enoch.

This arrived after deadline, but we squeezed it in.

For the first time in Oilers Hockey Clinic history, it will be in Slave Lake.

Participation is free. There’s space for 100 hockey players aged seven to 13. They will be chosen by a random lottery, from the applicants.

The weekend starts with a free Oilers Community Kick-Off on May 27 from 5 to 8 p.m. at the MRC. This includes food, activities and getting to see Oilers alumni.

By Robyn PerkinsLSLBO Bander-in-Charge As we finish our second period of MAPS, shifts in breeding conditions are plentiful. These changes…

June 4 from 10:30 a.m. to 3 p.m. the Woods and Water Recreational Trails Association is holding its spring trail…