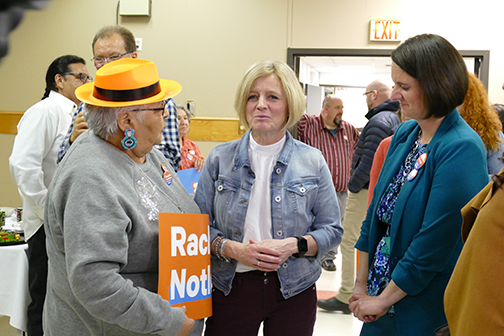 On Saturday April 6, 2019, Premier Rachel Notley came to Slave Lake to give a speech and met NDP supporters at the Slave Lake Native Friendship Centre. Doors opened at 4:00 p.m.. Free soup and bannock were served. The event was well attended.

Premier Notley arrived after the meal.

NDP incumbent Danielle Larivee introduced her. She described Notley as a very intelligent person with a plan.

“Last four years, really inspiring to work with someone who cares so deeply about everyday Albertans,” Larivee said.

The premier gave a speech beginning with her working relationship with Danielle.

“Danielle is a fighter,” Premier Notley said. In caucus and elsewhere, she always brings Slave Lake issues to the forefront. “She’s always fighting for you.”

She continued the speech with her perception of the UCP as angry and without a plan.

She mentioned various platforms including those which impact the energy sector and Indigenous peoples.

She laid out NDP’s ongoing support for the first pipeline to be built to Canadian tide waters in 60 years, which she called “the fight of my life.”

She talked about the up and coming community benefit agreements which will mean “sharing resources in a way that reflects true reconciliation.”

She closed with why she thinks that the NDP are best for Alberta.

“We come up with a plan, execute the plan, and get it done,” Notley said. “Alberta’s best days are ahead of us not behind us.”

Danielle and the other candidates will be speaking April 8, 2019 at the Candidates Forum which starts at 7:00 p.m. at the Gathering Place. 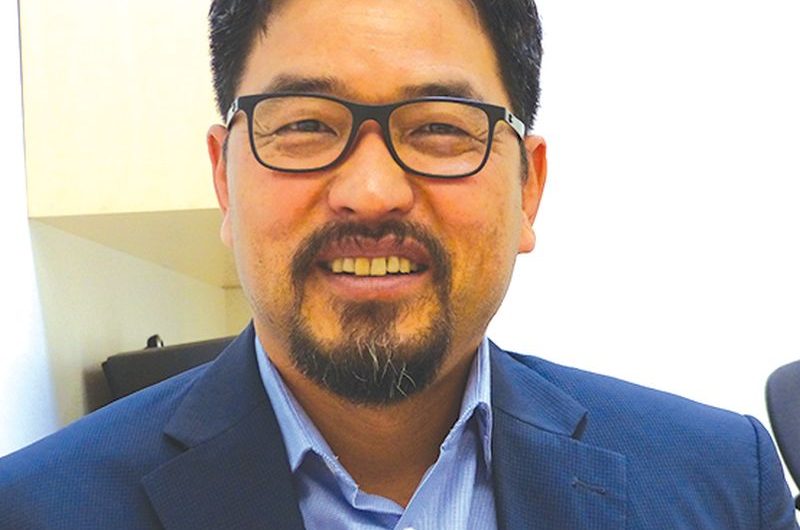 Here’s a question: Why swap Cranbrook B.C. for Slave Lake Alberta? For David Kim, the new Town of Slave Lake Chief Administrative Officer (CAO), the answer was a desire to return to Alberta.
“I feel at home here,” he says.
That’s despite Slave Lake being further from the family home base in Calgary than Cranbrook is. Not to mention being quite different than Cowtown.

Slave Lake should be getting some additional road repairs this summer.
Last week town council approved an amendment to the capital budget that adds nearly $400,000 for fixing bad spots around town. 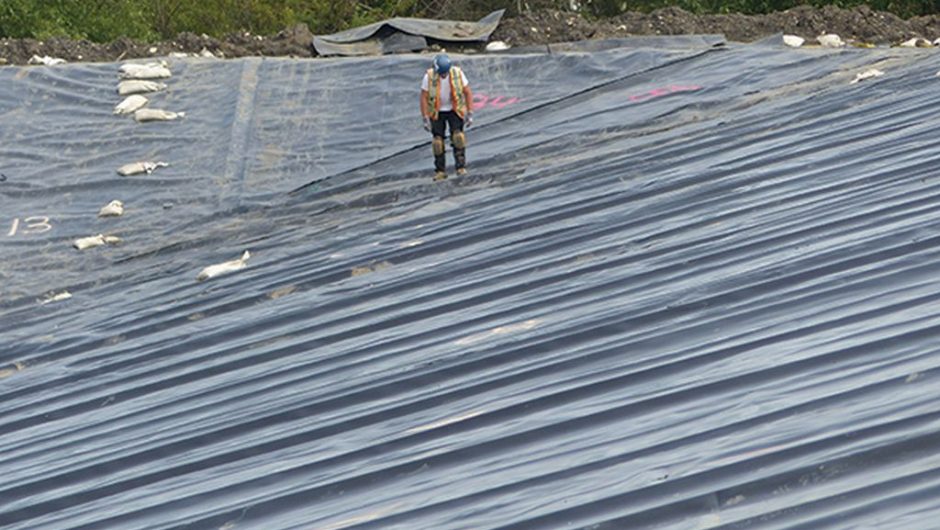 We promised more on the town budget. Here goes:
Somebody called us: ‘What do you know about council compensation?’ he asked. Not much, was the answer. It wasn’t mentioned in the budget documents or discussion. 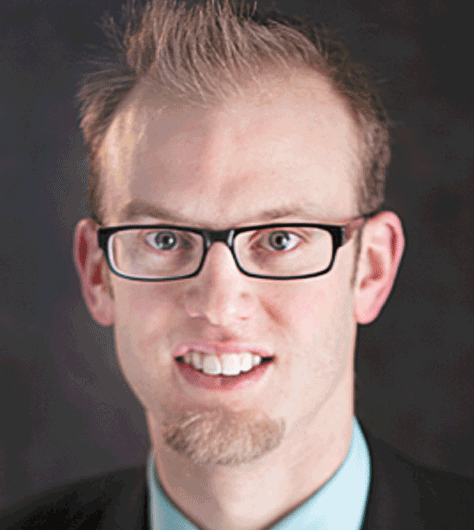