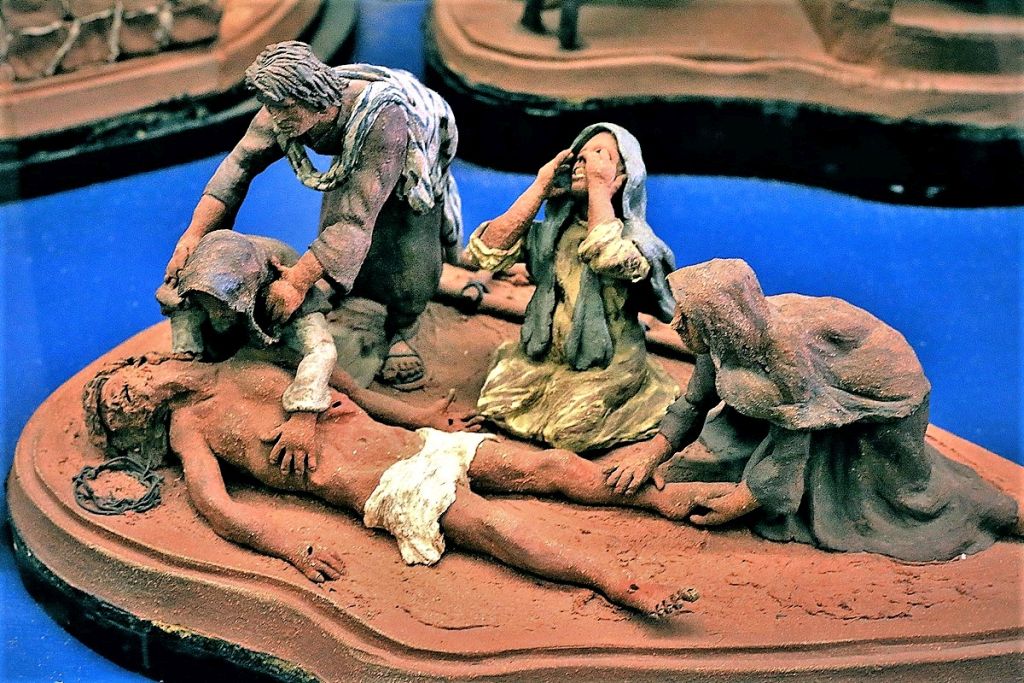 Jesus is taken down from the cross

The traveling sculpture exhibit “The One Called Jesus” visited McLennan on April 22 and 23, having stopped in Peace River and Falher before moving on to High Prairie for seven days and Slave Lake for an additional 5 days.

The exhibit is into the third year of a five-year tour of Alberta schools, churches and other Catholic and Christian institutions.

The five-year tour of the province began in St. Albert and when the tour of the north is finished, the exhibit will then visit communities in southern Alberta.

“We started in St. Albert, which is the oldest mission in Alberta, taking the exhibit to their schools and visiting remote communities such as Bonnyville and Cold Lake,” says Sister Thérèse. “We then spent seven weeks in Fort McMurray.”

The mobile exhibit moved to Edmonton from Kitchener approximately 3 years ago and travels to provincial towns and communities from its base in the city.

All the pieces in the fifty-piece exhibit were hand crafted by Maurice Gaudreault who, along with creating “The One Called Jesus,” created over 1000 pieces, depicting farming and rural life.

A remarkable accomplishment, considering that Gaudreault did not discover his artistic talent until he was fifty years old and that he was diagnosed with leukemia at age sixty-six and passed away approximately two years later.

When he learned he had leukemia, Gaudreault decided to create “The One Called Jesus,” as he told a friend, “to thank God for a good life.”

The One Called Jesus exhibit depicts the childhood, miracles and the scenes of mercy on one side and displays the events of Holy Week, the passion of Christ, on the other side of the display case mounted in the tractor-trailer.

“The older kids when they come to see the art works they say it is like walking through the gospels, which is quite fascinating,” says Sister Thérèse.

When speaking about the exhibit, Sister Thérèse is enthusiastic and offers valuable insights into the artistic merits and religious relevance of the pieces.

She points out the visual references and symbols that are consistent through the collection such as white doves that appear in many of the pieces, presumably representing the Holy Spirit.

She talks about the expression on the faces of the figures that convey the disposition and emotion of the characters and how the positioning of the figures and the composition of the scenes are consciously created to offer Gaudreault’s personal, artistic interpretations of the biblical scenes.

“Many fellow artists visit the exhibition and they are always impressed with the quality of Gaudreault’s firing of the clay, the colours and the detail.”

“The One Called Jesus” exhibit visited High Prairie schools and churches from April 24 to April 30. 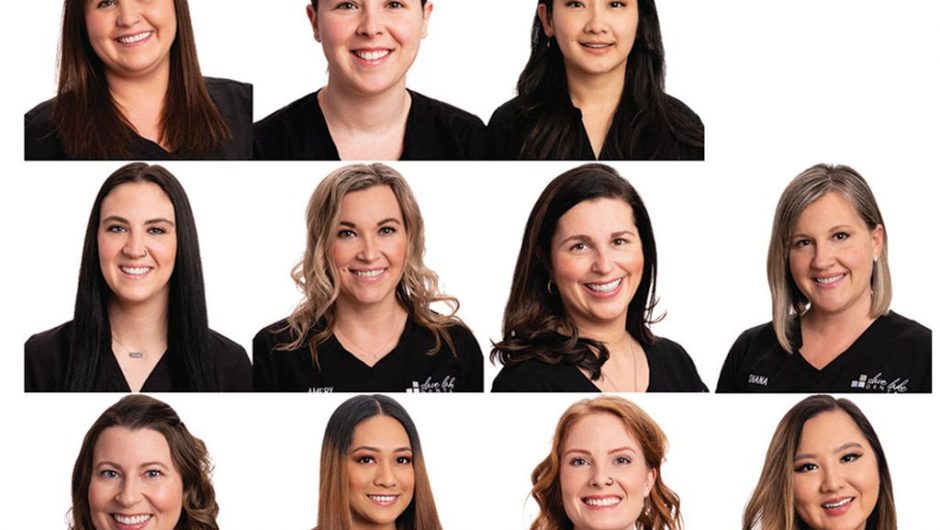 Out of all the dental teams in Canada nominated for the 2020 Leadership in Practice Award Practice Team award, Slave Lake Dental won.
“Leaders in Practice acknowledges dental care professionals who are passionate about providing optimal patient care and making a difference in the lives of Canadians,” says leadersinpractice.ca. 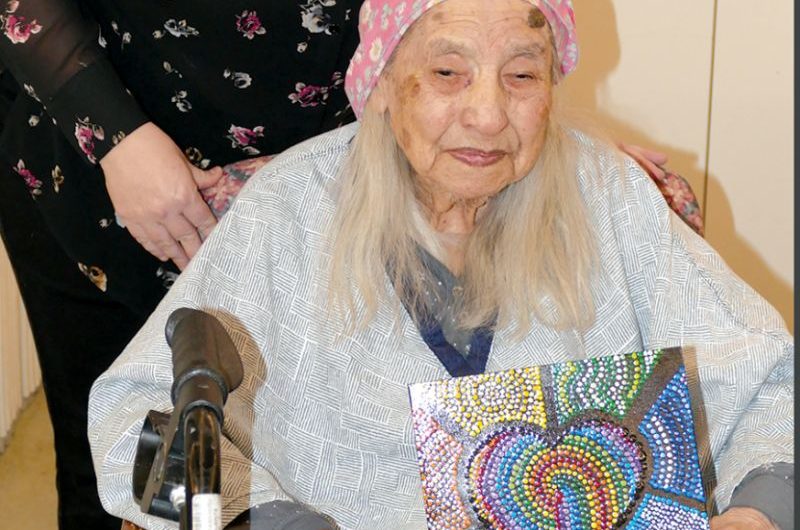 “When I am at work, I dream about painting,” says Corinna Horsman. “It’s taken over my life. I love it so much.”
Horsman’s most recent project was painting a canvas for each of the 20 residents in Slave Lake long-term care.
On March 23, there was a special ceremony with the residents opening their paintings. They all appeared to like them a lot. 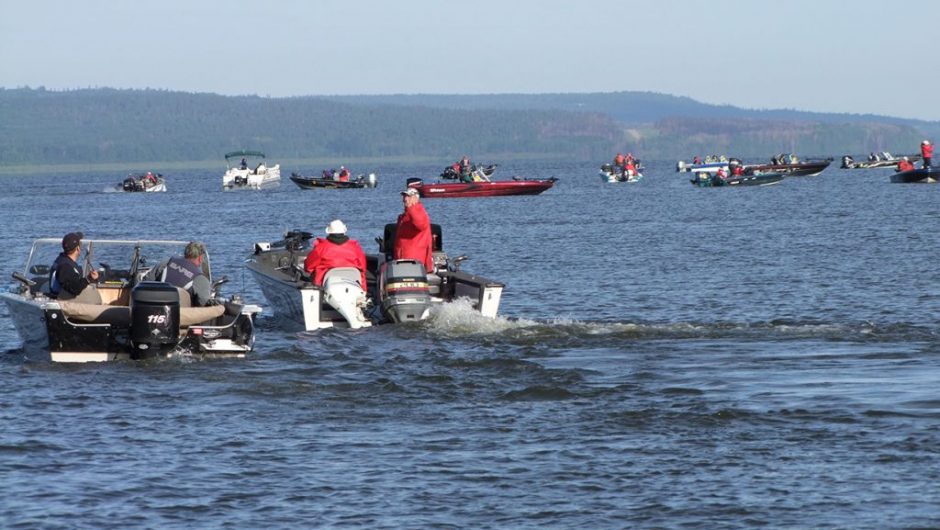 ‘Drop us a line!’ says Slave Lake’s Anglers Cup committee – pun certainly intended. The big walleye tournament is going ahead again in 2021, after a year off.
“We just got our license last week,” says chief tournament organizer Tracey Crain. “We’re getting entries in already.” 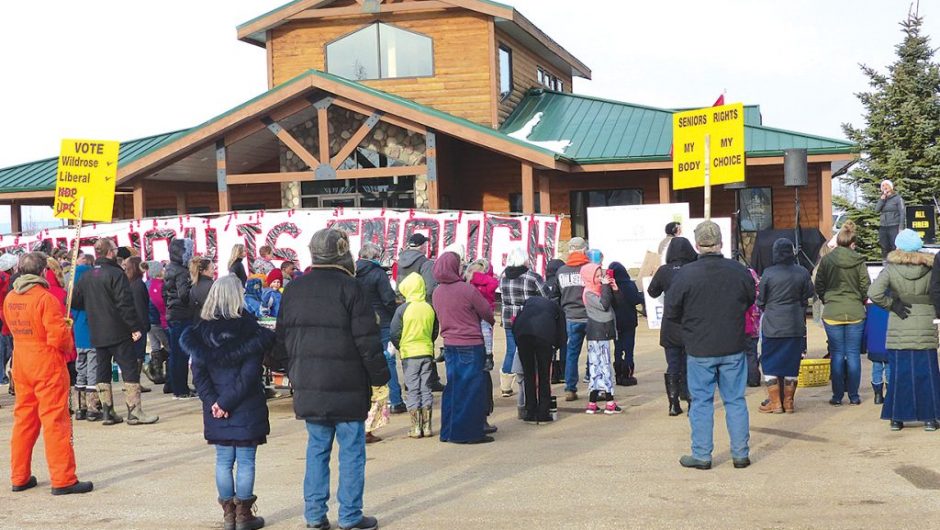 Despite being ticketed for contravening the Public Health Act, Benita Pedersen is forging ahead with several more ‘anti-COVID’ rallies, including one in Slave Lake on March 4. She’d held one the day before in Whitecourt and was moving on later in the week to Peace River and Fort McMurray.